Screeps is not only a MMO game with the officially maintained open world, but also an open source project. We released game server software under open license so that everybody can create their own Screeps world and modify it via flexible mod system down to its core, including unique game mechanics and rules, game objects with custom graphics and behavior.

We like such community activity, this is why we display public quality servers on the game login screen in the Community Servers list. 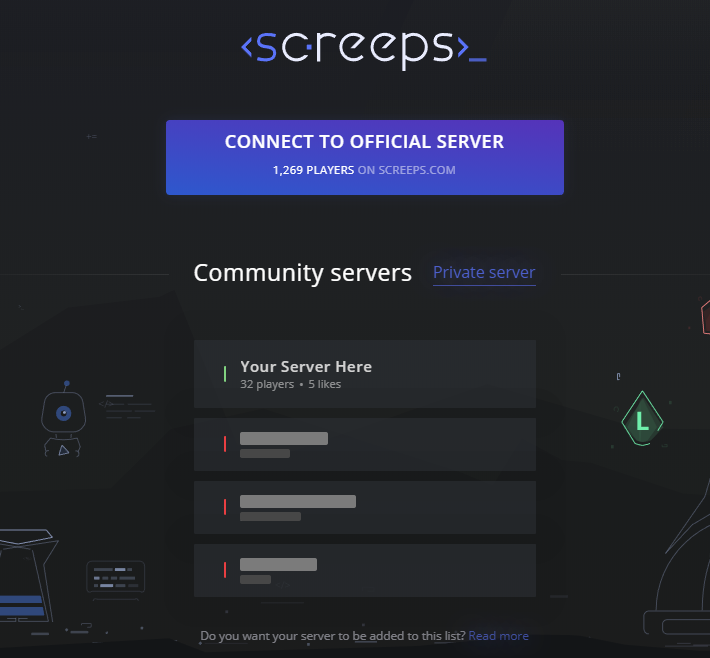 If you want your server to be included to this list, send an email to contact@screeps.com. Your server has to comply with the following rules: